It's in Black and White - we've Appointed a House Photographer!

It's now in black, white [and pink]! As well as being about to add another franchise to our porfolio, we're promoting members of our local Dorset and Wiltshire teams into management positions. And reinforcing our encouragement of the arts we're creating a new 'residency'. 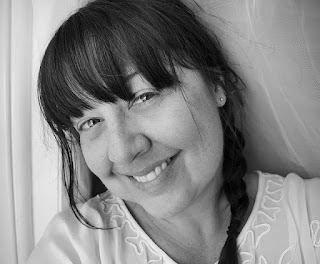 Dorset photographer Jodie Whyte from Weymouth has been appointed 'House Photographer'! This both honours those taking up the role, and society photographer Cecil Beaton. Beaton, as you probably know, is the inspiration behind our name and elegant interiors.

Patrick Duffy, our Founder and MD, first met Jodie just before the launch of Beatons Blandford [just before I joined the team]. Both he and Liz were impressed by her natural flair and ability to capture 'character, mood and food'.

During the course of her working with us on our latest promotions campaign, the idea of having a 'Beatons 'House Photographer' was conceived. It's a natural progression for us as a group. As some of you know, we've enjoyed having Liz Darcy Jones as our House Poet for the last year. Although Liz will carry on being commissioned to write a poem for every new Beatons which opens, she'll stand down from this role, making way for one which is probably a more obvious fit given the references to Cecil Beaton in our styling.

Part of the role will be adjudicating an Annual Beatons Black and White Photography Competition. More about that later in the year. Jodie who has a particular love of street photography (something Cecil Beaton is not always remembered for). She's also a film-maker and mentors local young people, encouraging them to connect with community through photography. She commented,

'Wow! It's such an honour. I love the Beatons brand and values. And highlighting its connection to Cecil Beaton, who loved portraiture and conveying the character that lives under the image, by having a House Photographer is brilliant! I'm really delighted. Good thing I love cake, too!'

Congratulations Jodie and we look forward to showcasing and supporting you and your projects.