#beatonstearooms: R is for Romance 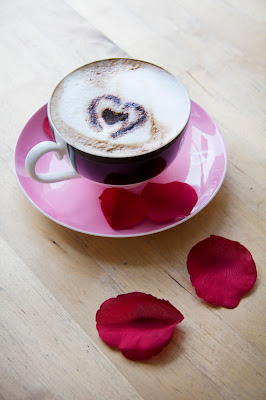 When we think of romance our thoughts naturally fly to chick−lit fiction and love. I’ve discovered we may be forgetting it’s most important part. Mais oui, it surprised me to discover where ‘romance’ has its roots [hint]!

The word ‘rimance’ (Old French) is based on repetitions of endings with the same sound. Verse ends were then called ‘rimas’… the origin of the word rhyme. Germanic tongues were confounded, their language didn’t have the rhythmic pattern of short and long syllables, so they couldn’t create verse in a similar way. Instead, they invented alliteration for the telling of their tales of ‘derring−do’.  ‘Romantic languages’ were named because of their even flow derived from Latin and Greek.

As Jose Geraldo Gouvea says in a fascinating article on Quora −

‘Greek and Latin poetry was based on an even flow of long and short syllables. This is the original way of Indo-European verse. You find it in the Vedas too. What makes this type of poetry interesting is that you can feel the rhythm (ῥυθμός) as you read. Words dance in your mouth.’

Romance as we know it was born out of the human need to sing or share verse about our great heroes, love songs or denigrate the enemy! Since those who had formerly spoken Latin had lost contact with the Graeco-Roman tradition they looked for inspiration elsewhere. Discovering their vernacular included these lovely short and long syllabled words, someone had the idea of alliterating and echoing vowels.

Cultures in the Iberian Peninsula learned from the Arabs that by employing rhythm, Germanic alliteration isn’t needed − only at the end. And the Arabs used vowels to make their verse ends. The real marriage or love story of romance is the coming together of rhythm and alliteration in a set number of lines and ‘feet’ to produce all the wonderful rhyming verse as we know it today, transported across the channel from France to England.

‘Rimance’ became ‘romance’ and meaning the languages which were rich in poetry, stories of myth and legend − where chivalry was every man’s aspiration and damsels did their best to look as if they were in distress!  Vernacular French became the preferred language for this ‘lighter literature’ as opposed to law ad serious matters, set in Latin. I prefer this etymological tale rather than the suggestion ‘romantic’ simply comes from the word ‘Roman’ – it’s so much more romantic…

What relevance has all this today and to Beatons particularly? Well, you’re probably aware we use verse as part of our brand. And couldn’t we all do with adding a dash of rhyme to our days? How about engaging in a little traditional ‘romance’ and writing a verse to someone who is special to you – a Valentine’s tradition? You don’t need a lover to be romantic either, why not honour someone who once performed a chivalrous or kind to you?