This is a story about bells, although our 'Make a Dong Ding for Chester and Charity' started off at Beatons Chester with Town Crier, David Mitchell, popping in for some post-crying Dong Ding tea to lubricate his vocal cords...
And it's really about our jolly good neighbours not us!

It was David Adams, Press Officer of the Chester Diocesan Guild of Church Bell Ringers (to give them their proper name) who made the event come to life in a way that could literally be heard for miles around...

And here's the video so you can even hear a little bit if you didn't manage to get to Chester on the day!

How was the idea born? When preparing the event, I contacted David and mused somewhat cheekily that it would be great to have the Cathedral Bells ringing as we had a bell theme. Somehow in the conversation with David an idea grew - had there ever been a sequence of bells (called a 'method') in praise of tea?  David went away and - with a bit of help from some tea from Jenier Teas (who kindly donated all the Dong Ding tea for the event) promptly started creating one! I did some research and came up with a blank. David dug a little deeper and found a method about 'Percy's Tea Strainer' but nothing specifically about tea!

Hooray! Ding Dong! Dong Ding! Suddenly we had a world first on our hands (albeit that it needs a fair bit of complicated ratifying to register I have since learned) and a collaboration between two neighbours with enough enthusiasm to keep the project afloat in the frenetic lead up.

By the time of our Launch Soiree the night before all was in place - 'all' meaning eight bell ringers ready to ring 'Dong Ding Delight Major', (pictured) not at all a simple undertaking, after partaking of Dong Ding tea! 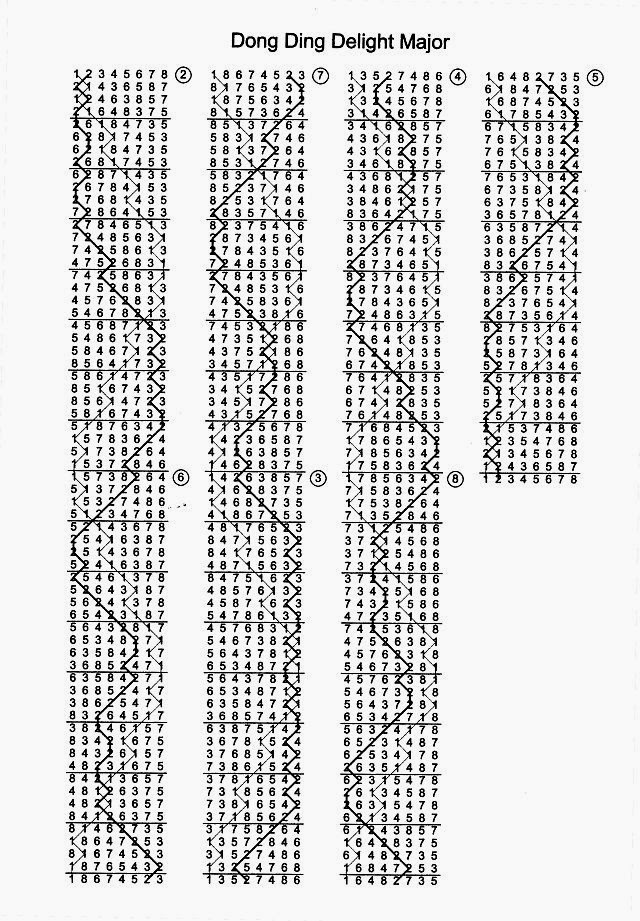 What on earth is a 'method'? I'd call it the code or ringing recipe!  And I now know that 'methods' range from being simple in structure - 'Plain Bob', through to being 'Treble Bob', to 'Surprise' and 'Delight' which are more complex. To be precise - and bell ringing is a very precise business - a 'Delight' is more difficult to ring but easier in structure than a 'Surprise' which is easier to ring but more difficult in structure.  Got it? Fortunately we don't need to! Just look at the scan of 'Dong Ding Delight Major' to get an idea...

Now, I want to make a special mention of an amazingly talented - and extremely helpful - family.

Four out of seven of the Deakin family ring - from eleven year old Isaac (who offered to collect with one of our collecting buckets - thank you Isaac) to lovely mum, Linda. Niamh and Patrick (in their teens I think) show how bell ringing is an activity for all ages. Bellringing - what a way to hone your co-ordination, mental agility and exercise with friends! 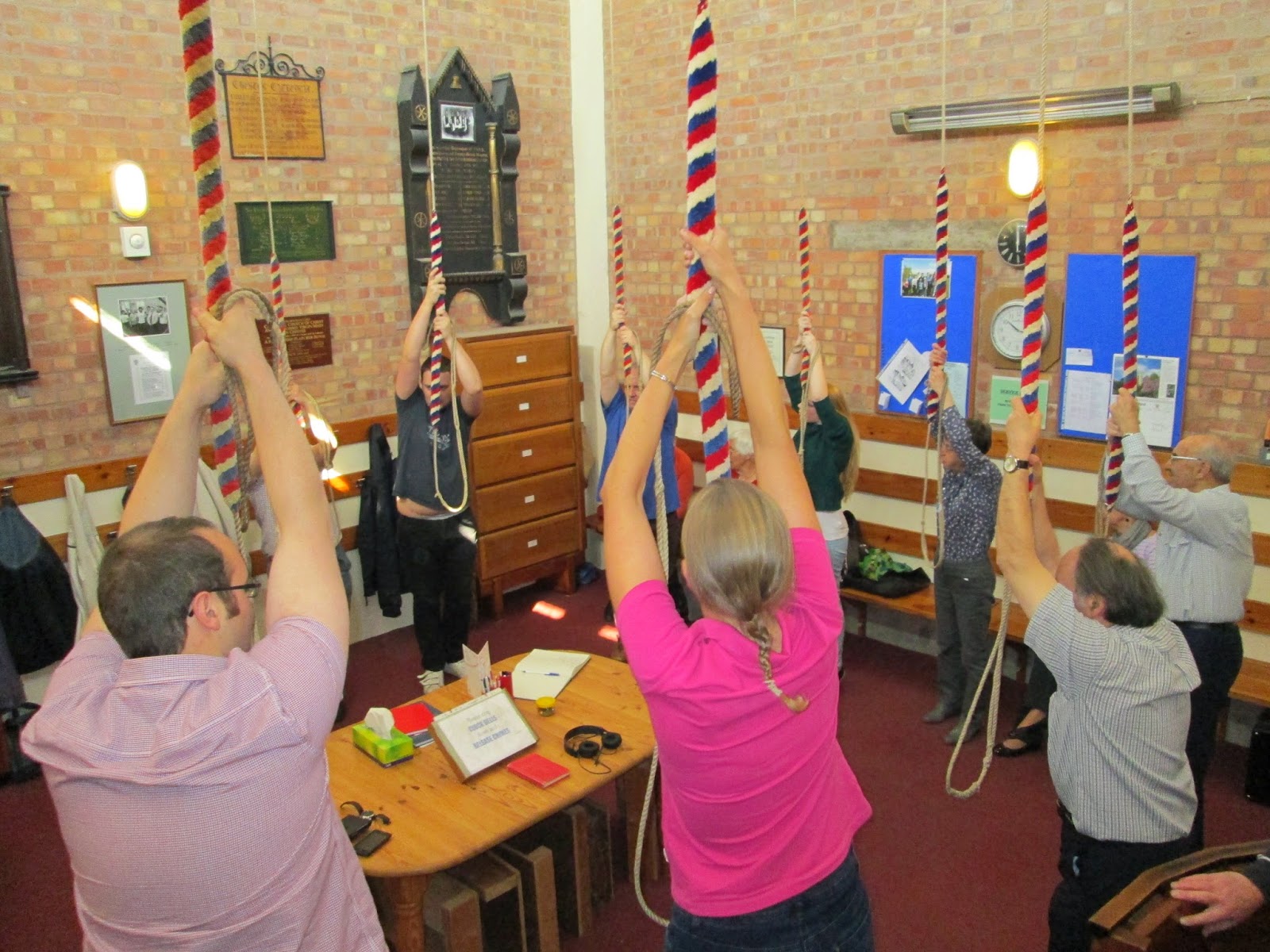 When the Dong Ding Delight Major method began to ring I got tingles going up and down my body - something that hasn't happened to me since I watched Alexi Gruss's Circus in Paris a few years' back! [Which leads me beautifully into a public thank you for my 'Mr Darcy' aka Chris Barltrop @circuspr who took both the photos and the video, a very generous contributor to the day.]

Next opportunity when we join our neighbours? Pencil in Sunday 14th June for LiberTeas I Commemorating the 800th Anniversary of the Magna Carta.

Carrot cake, Dong Ding tea... could be the start of a tradition at Beatons Chester!

P.S. The second our YouTube video of the event goes up, we'll let you know here - and of course on twitter @BeatonsCheshire