Beatons Chester Moments to Treasure and were you there? 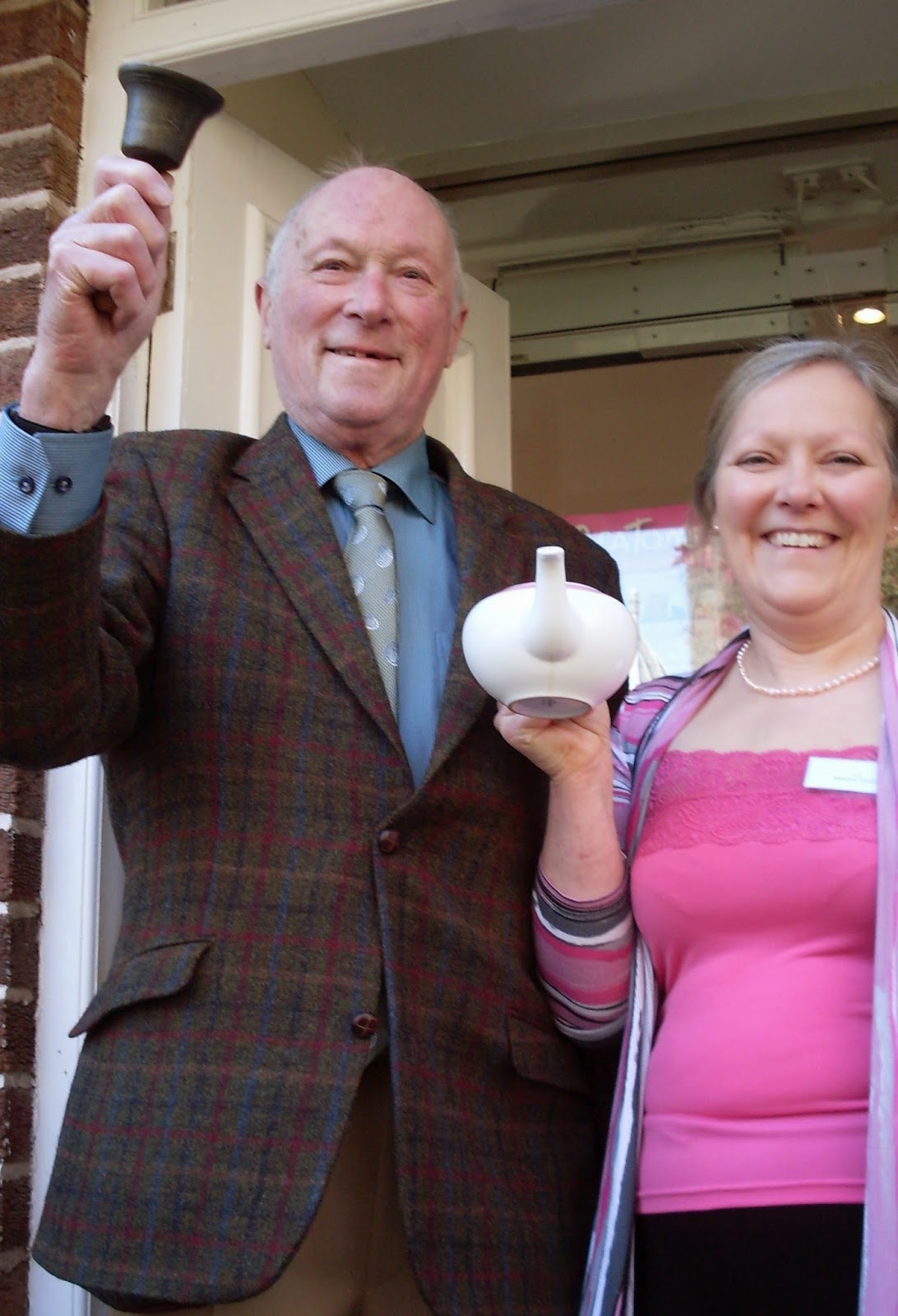 Roger Atkinson OBE - the charming octogenarian who marched to Beatons Chester a fortnight before it opened (a serendipitous mistake on my part which found us an aspiring Cheshire author and friend) - rang a school handbell to open our 'Make a Dong Ding for Chester and Charity' event on Saturday.


Roger's faculties are in better order than mine - as you'll read below! On returning to my writer's retreat in Herefordshire I discover this story is slightly bare of pictures and names...

But the event wasn't about names or pictures, it was about taste, smell and sound.  The taste of carrot cake, the smell of grassy spring Dong Ding oolong tea and the sound of bells reverberating round Beatons Chester in the most delightful way, as if it was itself invisible Dong Ding tea!

Because we did make a Dong Ding... or rather the Cathedral bells did - they made history, and that's the story for the next blog post to go up, which will be dedicated entirely for them. But here's the video we've just uploaded to YouTube about what happened while the bells were ringing.

Our Open House launch events are always about us being part of the community and - thanks to some incredibly generous visitors (mainly Cestrians but a few tourists too) - we managed to raise £123.93 in the space of two hours which will be split between RASA (Rape And Sexual Abuse) Centre and The Cheshire Community Foundation.

We'll be putting a video of the event up on our YouTube channel over the next day or two, but here are a couple of pictures which did manage to appear on my camera. I was so busy helping people ring a bell for someone special and then write their name on a piece of paper that became our 'Bell Tower Artwork' that the camera appeared to go off in a sulk and didn't register about half the pictures I took. So, I'm sorry Honorary Alderman Simon Cussons, wife Gill and daughter Lindsey - you were the first to arrive and contribute and I only have your names to ring out here!

Then, with the cruel irony that technology seems to enjoy serving me, the pictures that have been taken are missing the slip of paper on which I carefully wrote the names... If you recognise yourself please let us know and we'll credit your lovely smiles.

... and you can enjoy the taste of carrot cake and smell and taste of Dong Ding oolong tea every day of the week.

Psst... and a little bird told me that if it's not tooooo busy and you missed ringing a bell for charity on Saturday, Beatons' Chester owner, Steve Roberts might just let you have a little ring of the bell we gave him to celebrate opening our first franchise...