Our Tearooms in Chester decided to give support during 2016 to Marie Curie. Marie Curie are well known for their care and support for people living with any terminal illness. Donating cakes and also organizing a dedicated Marie Curie Cake Day to raise money for this charity by donating a percentage of their income taken from cakes sales. 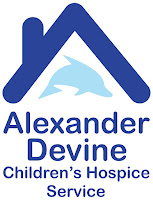 Crowthorne has been supporting Alexander Devine Children's, a charity and service to support children aged 0-19 with life-limiting and life-threatening conditions in their own homes across Berkshire and the bordering areas of surrounding counties, while maintaining the vision of building a children's hospice in Berkshire.

Tisbury chose to support local charity Charlies Angels. The charity was set up by the Burns family in memory of their son, ten year old Charlie Burns who died suddenly at night - a victim of SUDEP (Sudden Unexpected Death in Epilepsy).

Blandford have been supporting local based charity Julia’s House, they provide practical and emotional support for families caring for a child with a life-limiting or life-threatening condition, providing frequent and regular support in their own homes, in the community or at their hospice.
Organizing a special Valentines Day Cream Tea to raise money for Julia's House and helping to advertise the great work they are doing and any other fundraising events they have coming up.

We have been contributing and encouraging our customers to purchase the community option of our Chai Latte and Charlton Soda.

All of our Tearooms have had the 'Communitea Cause' beverages on the menu. One's hot, one's cold and we have donated 25p and the customer has donated 25p (total 50p) to the 'Communitea Cause' from each order.
In addition to money that we have raised holding events through out our Tearooms, and having the collection tins, we now have the totals in for the money raised with our delicious community drinks:

We are proud to announce that from the sales of our drinks we have raised: £322.00 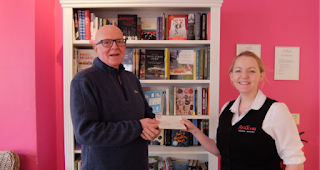 We would like to thank all of our customers who have contributed, by choosing to buy the community cause drinks and also putting donations in the charity tins.

We at Beatons are incredibly proud to be raising funds that helps to further research and the buying of new equipment for our chosen Charities, and we look forward to raising even more in coming years.
Labels: Bulletin Articles
Newer Post Older Post Home