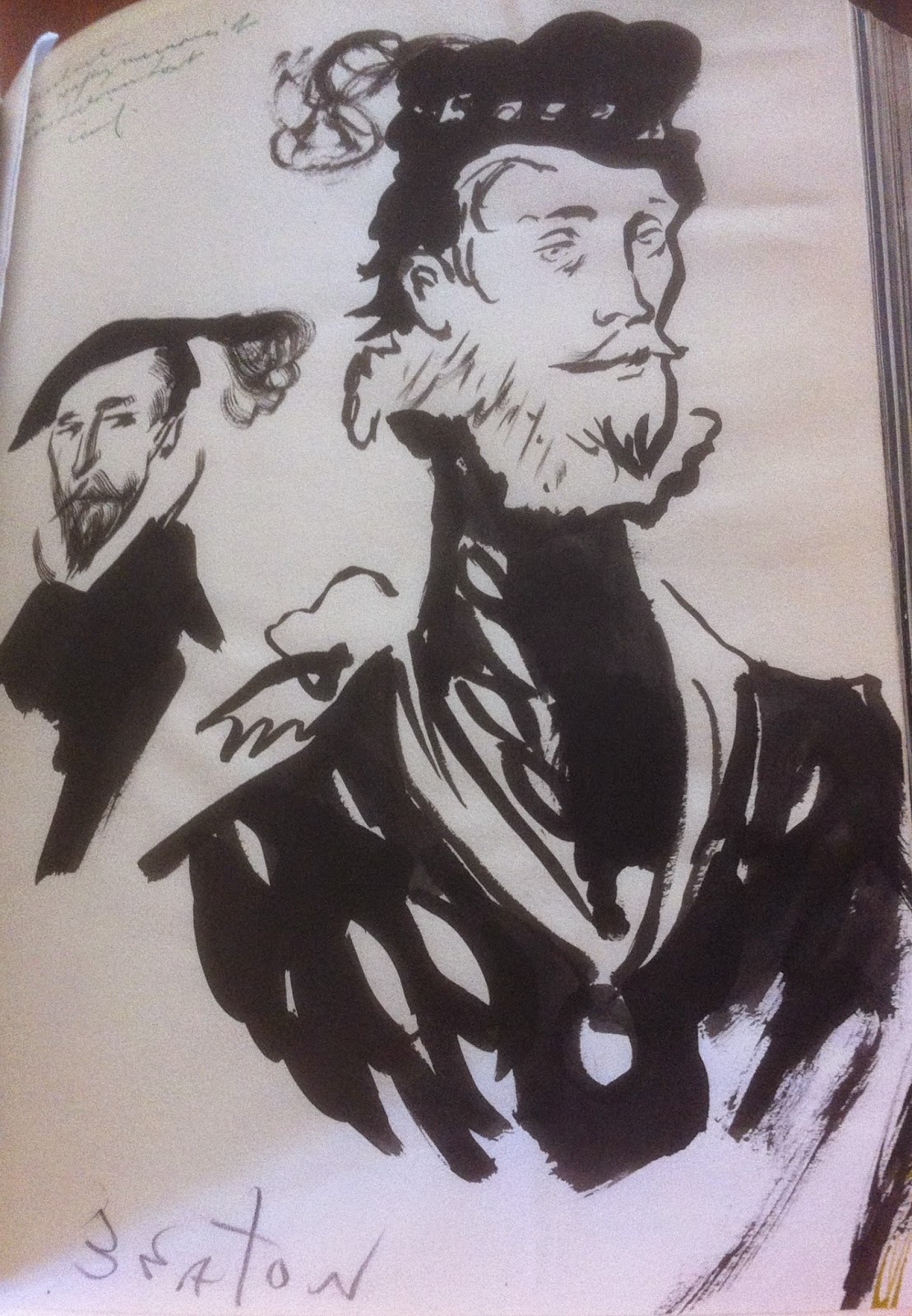 On a rare day off from 'thinking Beatons' yesterday, Chris and I headed off to a National Trust property, Benthall Hall in Broseley in Shropshire... But it seems Cecil Beaton's ghost had other ideas!

Benthall is one of those lovely small 'lived in' houses - reminding us slightly of Croft Castle (a favourite). Noticing some books in the library marked Old Vic, and with my 'Mr Darcy' being an actor, we asked about them and discovered that Michael Benthall (then deemed black sheep of the family on account of being gay) was Director of the Old Vic (53 - 62) and had been presented with the three volumes about the productions during his period of office when he retired.

Thanks to the very helpful volunteer who offered to let us see inside one of the volumes.

Imagine our delight and surprise, when the page he turned to had that unmistakable signature and unmistakable touch of hand: Beaton!

And it turns out Michael Benthall was Director when Cecil Beaton designed the costumes for Love's Labours Lost!  We were allowed to take this picture and just wanted to share it.

This would be good day trip out from Beatons Chester!