Winning Poems from Our 2014 Poetry Competition

So here they are! The three winning entries on the theme of 'Restoration' - which we encouraged poets to interpret loosely (and they did!)  Sadly, we only had half the entries we did last year (limiting entries to the UK and running the competition later in the year may have been a contributory factor).

At a splendid Launch Soirée and Awards Ceremony on Friday 5th December at Beatons Blandford David Bamber had the thrill of receiving his award from internationally acclaimed poet, travel writer and Blandford Forum resident Paul Hyland.

David Bamber's winning entry (adults) tells the Blandford based story of its Great Fire - throbbing with rhythm and rhyme.

David spent many hours researching and crafting his entry.

Judges said, 'This is a great description of Blandford's fire. Relevant, well written with a natural flow. Good metre.' 'A strong narrative and a well handled 'arc', I like the personification of the fire and the water and felt the conflict very effective'.

The runner up in the competition was Russ Berry of Coventry for his poem 'To the Blackthorn' (scroll to end to read) and we added an extra 'Highly Commended' prize and certificate to London's Charles Evans whose poem 'Restoration' vividly described a 'restorative experience' at bath time... slightly too adult for our website unfortunately! 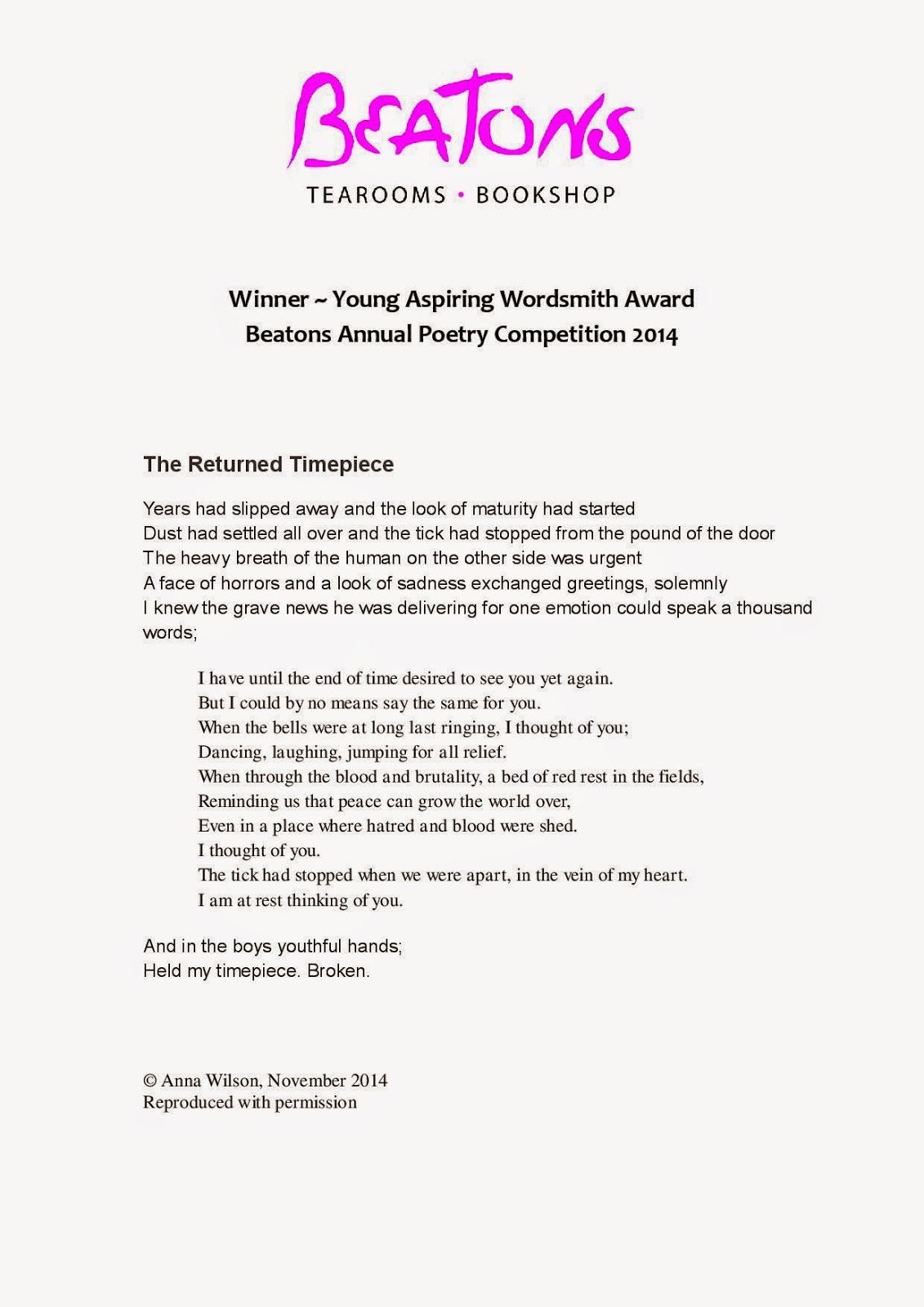 Anna Wilson is the seventeen year old who entered our 'Young Aspiring Wordsmiths Category'. We're not going to hide the fact that she was the only one who entered. That alone makes her a winner in our eyes, although our judges looked critically at her entry before deciding to award her the prize.

Anna's entry 'The Returned Timepiece' is clearly influenced by the focus on the war in this Centenary period of WW1 and has a rich sense of nostalgia about it.

You can hear Anna's poem being read at our Free Open House on Saturday morning, 13th December 10 - 10.30 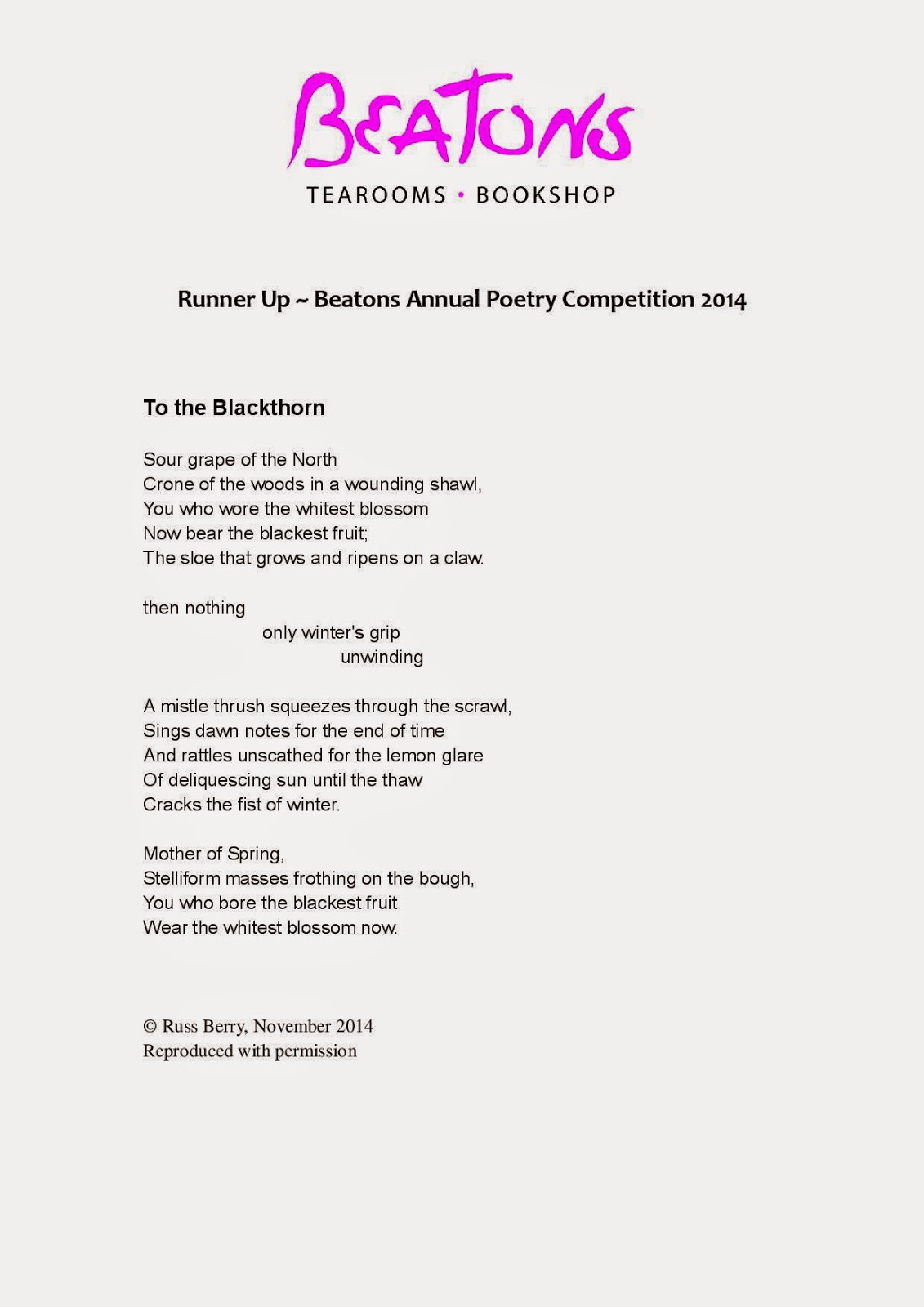 Runner up, Russ Berry wrote 'To the Blackthorn', reminding us of the nature poetry of John Clare and shifts the sense of Restoration to the seasons. Russ couldn't get down from Coventry to the launch but can't wait to get down to Beatons to use up his voucher!